Guardians Of The Galaxy 2 Review

Is it as good as the first? No. Is is still an incredibly fun and visually stunning space adventure film to seal the series fate as this generation’s Star Wars. Yes! 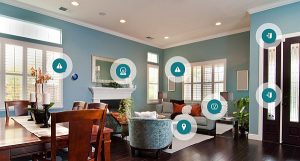 Spring is here and Summer is right around the corner.  That means DIY projects are in full effect! So check out these smart upgrades to some simple but important things in your home.  They might be a bit more expensive than the “old reliable” versions but it’s smart functions and convenience should out way the price tag.

Number 1 Seed Gonzaga held off number 7 seed South Carolina in a 77-73 win in the first game of the 2017 NCAA Final Four semifinals on Saturday, April 1st. Gonzaga built a comfortable lead of 65-51 midway through the second half. South Carolina began pressing and the Gamecocks reeled off 14 unanswered points, tying the game 65-65 and later took the lead after Rakym Felder scored a pair of free throws. Gonzaga finally kicked back into gear when Zach Collins converted a three-point jump shot, leading their team to never trail again. Gaining this win the Bulldogs advanced to their first championship game in the program’s history.