Show me the MONEY!!

Show me the Money-Making apps, that is!  There are a plethora of apps these days that pay per survey or help you save on your receipts – have you tried any that you’re a fan of and have actually reaped results from?  I’ve been using Google Opinion Rewards for a few years now, and I must say, having a little bank of Google Play Money has come in quite handy!  I was skeptical in the beginning that it would be worth my time and that I’d actually keep up with it long-term, but it’s so easy to build up rewards just by answering questions, that it’s foolproof!

The biggest thing I use my rewards on these days is my kids’ apps that offer in-game upgrades or purchases.  I’m cheap.  (Like really cheap.)  So before my Rewards days, I refused to buy anything extra in games or apps.  After installing the Google Opinion Rewards app, I quickly built up over $70 in free rewards in the first year!  I became more free with my Rewards spending and “splurged” on a new Princess Pet character here and there for my daughter’s favorite app and actually bought the full version of several learning apps for my toddler!  It was great!  I also used my balance for a couple music downloads here and there because it was so quick and easy to build back after spending.  This got me wondering what else I was missing out on!  Here’s what I’ve found in my recent search for new apps to try that might be equally easy and productive. 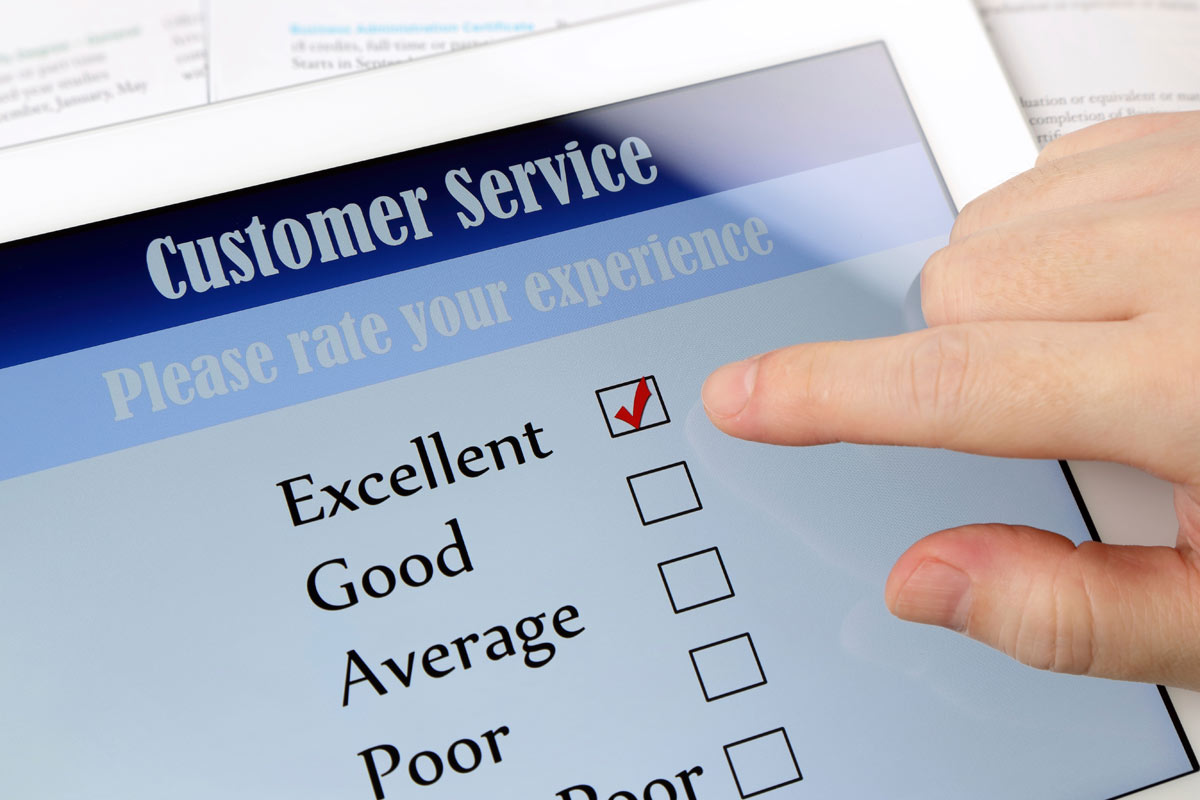 I might as well start this off with Google Opinion Rewards since that’s the one I currently use and can attest to!  If you haven’t given this a try, it’s super easy and quick to answer the surveys that pop up.  You’ll get notifications when a new survey is available.  I found that they came more often when I was out and about shopping in larger locations, so if you live in the city you might rack up the rewards a little faster.  Also, the more surveys you complete, the more it’ll send you.  If you start ignoring some of them it’ll begin to back off on sending them as frequently, so keep that in mind for optimal free money!  A survey can bring anywhere from a few cents to a couple bucks depending on how in-depth the questions are.

Another version of Google Rewards is the iPoll app which has you review products you’ve used and places you’ve visited.  You can earn cash, popular gift cards, airline credits, entries to Quarterly drawings for $10,000, and more – just by giving your opinion!  You can also complete missions to earn money, which adds a fun interactive twist than just answering questions.  This added feature turns it into more of a test study, which could be rather interesting to participate in! 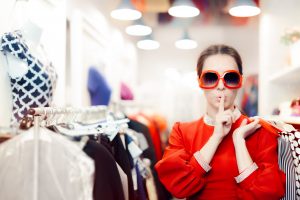 Mystery Shoppers unite!  Get paid for living out your daily activities through Field Agent!  I’ve always wanted to be a Mystery Shopper, so this could be my chance right here.  Field Agent sends you on missions to explore stores or products to gather important marketing information for businesses.  A typical “job” pays between $2-$12 and they are usually available on a “first come first serve” basis.  Sometimes you may be asked to enter a store and submit a photo of a particular display while others you may actually be trying a product or service to review it.  (Attention business owners, you can use this app in reverse to get the skinny on how your products or services are doing!)

I came across some other interesting apps that peaked my interest, such as Sweatcoin!  The app tracks your steps and translates roughly 1,000 steps into 1 digital coin, which you can then build up to purchase things like a PayPal gift card or an iPhone X.  Now, as good as this sounds, I’m sad to see many reviews say it doesn’t count steps accurately, while others seem quite pleased with it.  Maybe if they join forces with FitBit they’ll have something really awesome going on here.  Until then, I’m on the fence about this one’s accuracy, however, what have we got to lose?  (Maybe a few extra pounds if we’re lucky!! – Ha!)

Ok, with a clever motto like “Don’t coupon. Swoup on!” who wouldn’t want to give this one a shot?  If you’re at all interested in couponing this could help you in your bargain adventures, however, its partnership is limited.  If you’re an avid shopping at Walgreens you might find it most beneficial.  The app learns your preferences based on what coupons you add and what you discard, then applies your added coupons to your linked loyalty cards.  When you’re at the store and your cards or phone number are scanned during checkout, your discounts are applied and you earn those rewards in your Swoup account.  Being someone who doesn’t have time to sit down to cut out coupons, let alone remember to use them at checkout once I have them in hand, I could get behind this one more if they decide to add to the partnership list!  While you’re don’t actually MAKE money with this one, saving money is equally important here. 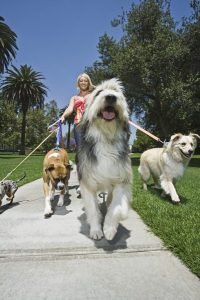 Love dogs?  Put your love to good use!  While this app doesn’t directly generate income, you can use it as a tool to get a little side cash!  Rover links people look for and offering services to house sit, walk dogs, or offer boarding.  What a perfect opportunity for all dog-loving ages to make a little extra cash just playing with dogs!

If you like the sound of making money with ease, but none of these apps sound like your cup of tea, go ahead and look up a few others that might fit your lifestyle and habits better!  If you already enjoy shopping, or travel a lot to larger cities, or just enjoy spending time with puppies, then some of these won’t take you long to build up spending cash at all.  Try a few and see what happens!

With 2017 just beginning many of you have New Year resolutions you made and want to follow through with. Whether it is going to the gym more, dropping a bad habit, or just simply smiling more. These are some tips and tricks on how to keep your resolution with the use of technology.

Are you trying to go to the gym more? You may want to think about purchasing a FitBit smartwatch or an Adidas MiCoach. Both devices help track your calories burnt, steps taken, your heart rate, along with having a GPS and much more. You may want to use this as an incentive to continue your resolution as some can be pricey. Once you get a plan in place for your gym routine, these will put you above and beyond in preparedness.  You can also upload all of the data from your device to your laptop for more organization. 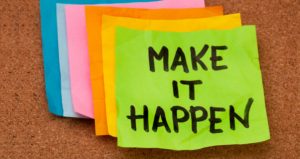 o begin reading more books. An easy way for this to happen is to get an e-reader like a Kindle or Nook. An even easier way to accomplish this resolution is with audio books. You may not have time to sit down and read a book every day, but with an audio book, you can listen to it while on your way to work, at work, or at the gym. A good website is Audible.com and the first month is free. After the trial month is over you are at no loss if you didn’t enjoy listening to books.

So you set out on a resolution that many of your friends don’t share or care for, and you are having a hard time committing to it. Find an online community that has the same goals. If you want a book club to talk about a recent book you’ve finished visit GoodReads. This website can recommend books to read or you make a friends list and start a group chat. Maybe you’re trying to lose weight, but keep getting discouraged. Check out websites like CalorieCount which allows you to talk with other people str 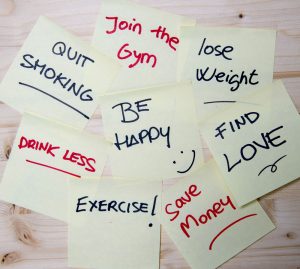 iving to lose weight or trade tips and tricks with others who need motivation.

Most people today can probably use some extra money and with starting another year maybe you made it your resolution. The smartphone app Mint is what you need then. This free app suggests a budget based on your purchasing history, can track and pay bills, along with checking your credit score. These are just some of the features of this app and if you want to save money this is a good way to start. Did I mention it was free?

You couldn’t decide on any particular resolution, just that you want to better yourself as a whole. You want to save some money, eat healthier, go to bed earlier, and play fewer video games. There is a way to organize all of this with one smartphone app that makes hitting your daily goal fun. The app is called Streaks and it allows you to track up to 6 daily goals. You are rewarded with points for consecutively hitting your goal each day as an incentive. This app can be immensely helpful for people who may be absent-minded of their resolution.

These apps and gadgets are simply to help you stay on the path of your resolution but ultimately it is up to you and your self-motivation. From everyone here at Zito Media we want to wish you the best of luck in 2017 and on your resolution!