This is the second film in the “Cornetto Trilogy”, a group of films all directed by Edgar Wright and starring both Nick Frost and Simon Pegg, and if you ask me, it’s easily the best of the three. The other two films in the trilogy are SHAUN OF THE DEAD and THE WORLD’S END, which are both fantastic and hilarious films in their own right, but we’re discussing HOTT FUZZ. Pegg plays the very successful and serious, big city cop, Nicholas Angel, who is relocated to the tiny and quaint English village of Sandford. He’s partnered up with the Police Captain’s dim-witted son, Danny Butterman played by Frost. Together they attempt to keep the village in line until a series of murders plagues the local residents. This evolves into a town-wide conspiracy that no one believes but Angel and Butterman.

If you’ve seen any of Wright’s other films, you already know the style this movie is going to have. He and Pegg wrote it together and their incredibly witty dialogue shines through in a fabulous manner. For not being an “action” film, Hot Fuzz has plenty of excellent action scenes that are actually making fun of the action genre in itself. The entire movie is a parody of high budget Hollywood flicks, but it fails to cripple itself by staying contained to the satirical elements of parody. The film doesn’t take itself too seriously, which results in one of the most fun films I’ve ever seen. 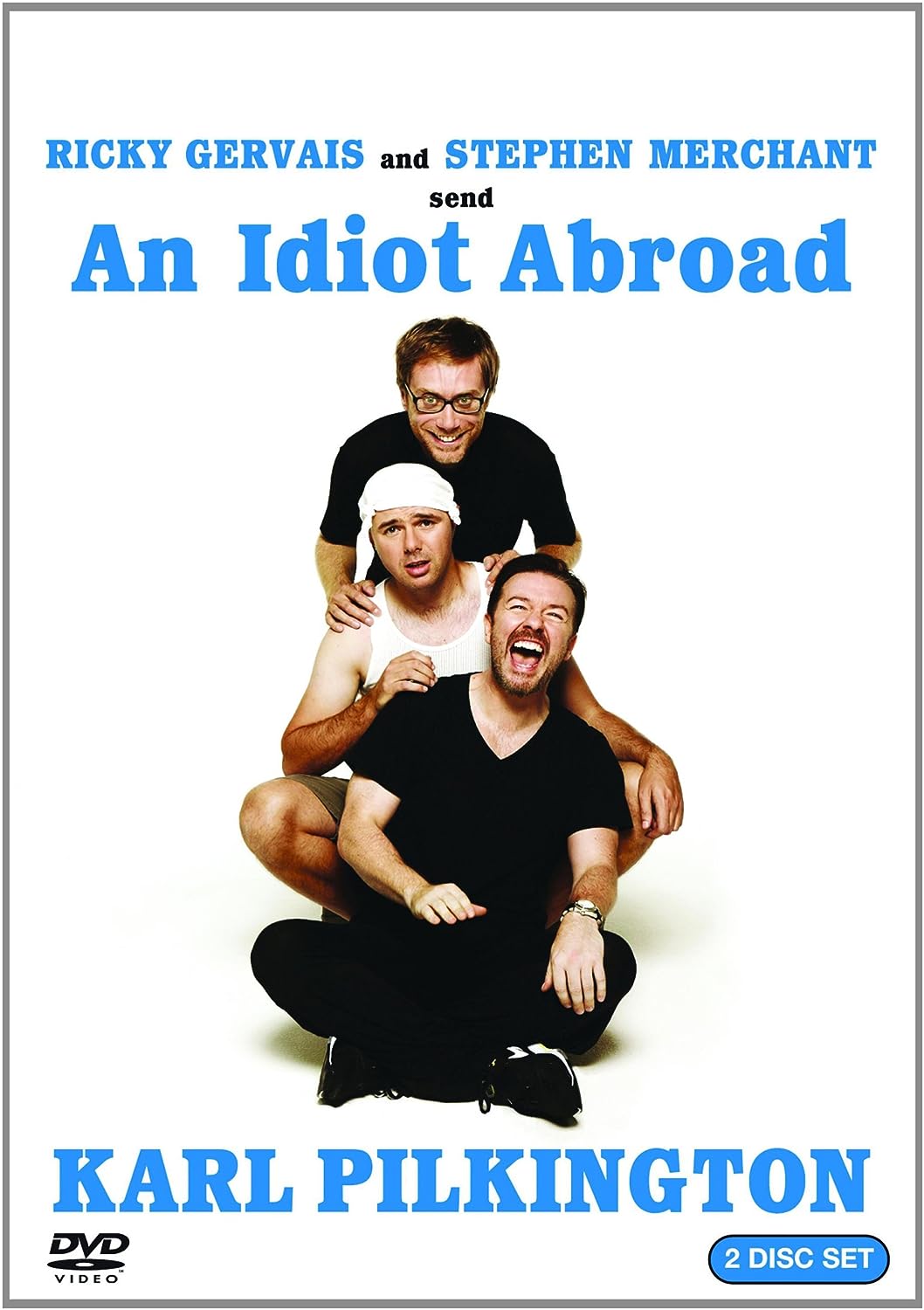 This is a great show for anyone who loves seeing the world, but doesn’t want to put the time, money, and effort into actually seeing it with their own eyes. AN IDIOT ABROAD is a documentary series starring Ricky Gervais and Stephen Merchant as the Executive Producers who send their loveable, British pal, Karl Pilkington on a journey to see the Seven Wonders of the World. Sounds great, except their main purpose is to make Karl’s trip as miserable as possible.

This is a hilarious show thanks to Pilkington’s terrible attitude toward everything the Producer’s throw his way. Rarely do we see him actually enjoying himself, and when we do, Gervais and Merchant make sure to change that… quickly. They continually remind him that he’s “Not on holiday” and that this is his job, but in all honesty, some of the things they put this poor fellow into are rather cruel. That doesn’t make it any less hysterical, though.